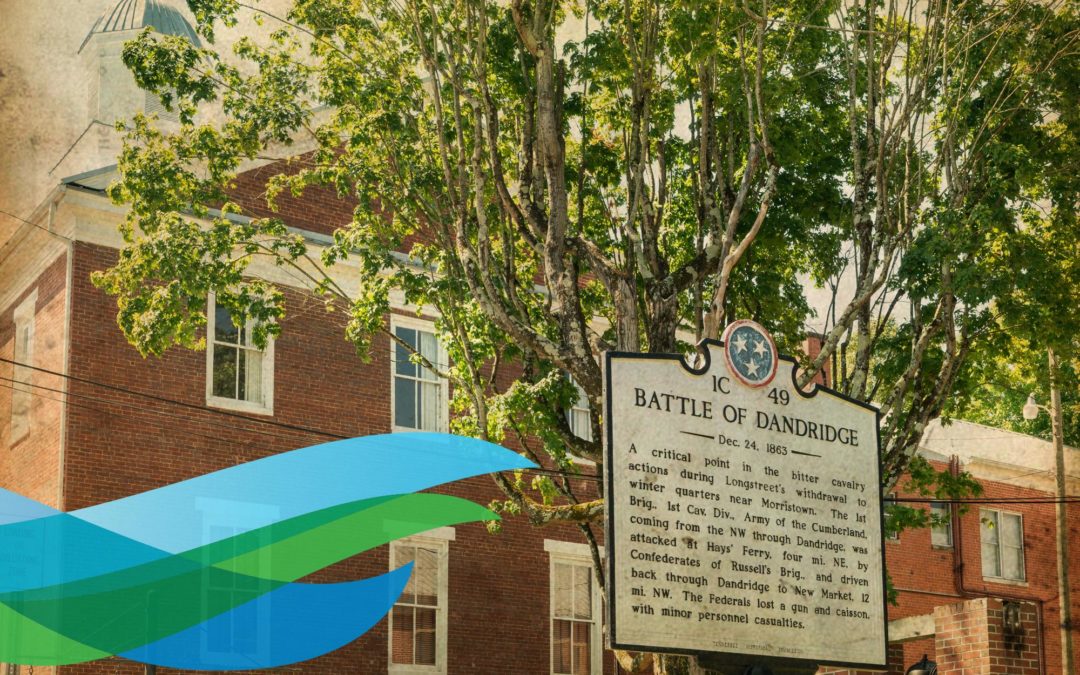 Jefferson County knows how to honor its history.

From the Christ Temple AME Zion Church in Dandridge to Cox’s Mill in Jefferson City, the people of Jefferson County have gone to great lengths to honor its past as they set their eyes toward the future.

This commitment to the past, however, can be traced all the way back to the founding of the county seat, Dandridge, and the famous first lady from whom it was named.

Martha Washington’s name is almost as synonymous with the founding fathers as her legendary husband, President George Washington. More so than most (if not all the First Ladies in the history of America), Martha Washington’s place in history has made her a household name.

But did you know the seat of Jefferson County is the only city in the country named after her maiden name?

After centuries serving as a community for Native Americans and European explorers, the first Euro-American settlers arrived in what would later become Dandridge in 1783. Officially Tennessee’s second oldest town, Dandridge was named the county seat of Jefferson County in 1793 by Governor William Blount.

While the nation’s capital, a state, and countless high schools, universities, parks, landmarks, and monuments are named after the nation’s first president, Dandridge is the only city named after George Washington’s wife’s maiden name.

Many clubs and monuments have been established over Dandridge’s long history to honor the woman from whom it gained its namesake, including the Martha Dandridge Garden Club.

As if by design, this small community has played host to several major events throughout East Tennessee’s history.

After its founding, the community grew considerably due to its proximity to the French Broad River. Travelers arriving by roads and steamboats frequently stayed in Dandridge, which led to the building of several taverns and inns. Four of these early taverns still stand today.

Shepard’s Inn (1814), Roper Tavern (1817), Hickman Tavern (1820), and Thomas Tavern (1843) are all historic buildings from this era of Dandridge’s early history you can visit today. The Shepard’s Inn played host to three presidents. James K. Polk, Andrew Jackson, and Andrew Johnson all stayed at the inn during their respective presidencies.

The town grew and thrived until approximately 1858 when the East Tennessee and Virginia Railroad completed a line from Knoxville to Virginia which passed through New Market and Mossy Creek instead of Dandridge.

In 1863, during the height of the Civil War, Dandridge again played host to a major historical event when fighting broke out between Confederate General James Longstreet and Union General Ambrose Burnside, who were struggling for control of Knoxville.

While Longstreet’s army retreated to Morristown, a portion of his troops intercepted and routed a pursuing Union brigade just north of Dandridge. The Union troops were forced to fall back to New Market.

History in Creation of TVA

Dandridge again played host to history during the creation of the Tennessee Valley Authority. The TVA was threatening to flood the community and downtown Dandridge with the construction of Douglas Dam and Douglas Lake. The city sat on the proposed reservoir’s high-water mark, leaving residents faced with losing the historic city.

Dandridge residents took action by petitioning then First Lady Eleanor Roosevelt. Their selling point for saving the town? Citizens caught Roosevelt’s attention by telling her Dandridge was the only town in the United States named for the wife of George Washington. The petitioning worked, and the Tennessee Valley Authority constructed a levee between downtown Dandridge and the reservoir. The levee rises almost immediately behind the Town Hall and runs roughly parallel to Main Street.

Efforts to Revitalize Downtown in 2015

With eyes on the future, the Town of Dandridge began revitalizing its downtown area and its waterfront in 2015. After successfully recruiting multiple professional fishing tournaments, community leaders saw the potential to create new lakefront amenities for both residents, tourists, and more fishing tournaments.

Plans for this project include a public dock on TWRA owned land, improved bicycle and pedestrian access, a floating amphitheater, civic space, a swimming area, a farmer’s market pavilion, commercial development space, and a hotel-conference center.

Bridging Dandridge’s Past with its Bright Future

The people of Dandridge are committed to building on the history of their town toward a growing future. Through projects like the downtown revitalization, city leaders are investing in growth that will continue adding to the rich story of Dandridge. The Jefferson County Chamber of Commerce is working with our business partners in Dandridge and the hundreds of other members across Jefferson County.

If you have a business in Jefferson County and successful business growth is your goal, we’re here to help. Don’t waste time searching the internet for “networking events near me”. Become a member of the Jefferson County Chamber of Commerce today to start taking advantage of all the benefits we have to offer. To find out more on how to join or to learn about how we can be a difference maker for your small business, contact us online or by calling 865-397-9642.