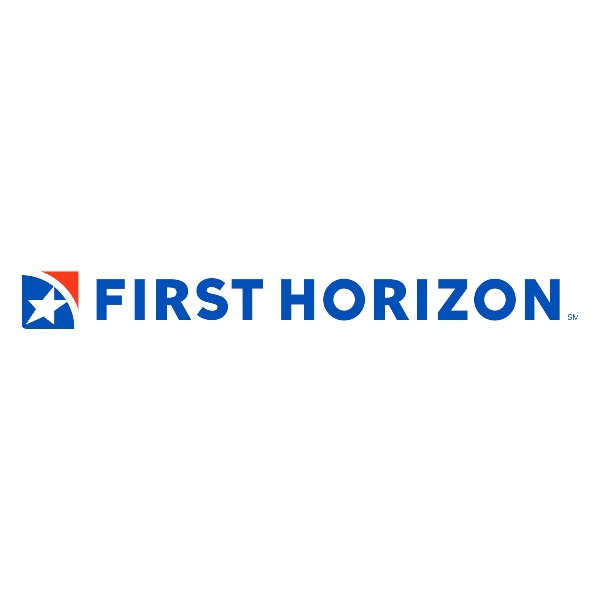 The History and Growth of First Horizon Bank

First Horizon’s story began in 1864, when Ohio businessman Frank S. Davis arrived in Memphis to open the city’s first national bank. Davis saw a genuine need for banking and credit to finance rebuilding and new commercial growth. His foresight led him to found First National Bank of Memphis, which then became First Tennessee Bank, and is now First Horizon Bank. The bank has grown beyond a single branch, adding new branches and merging with other banks to now expand across the South with 499+ locations.

Over its history, First Horizon has served customers through the Civil War, two world wars, yellow fever epidemics, financial panics, the Great Depression, the Great Recession, and now a pandemic. Their customers and their companies have endured adversity, seized opportunity, and embraced change to keep up with and overcome changes over the past 157 years.

Though each branch has the feel of a local bank, First Horizon still provides all the benefits of a large bank. Because of its size, First Horizon has a lot more capacity than the typical local bank. The bank as a whole has about $85 billion in assets, and along with that comes a significant amount of loan capacity. This means the bank has the capacity to handle almost any loan amount that their business and individual customers could need. Larger loan capacities mean local businesses can borrow more to get up and running or to cover costs during operations. In addition to capacity, First Horizon’s scale means the bank has the ability to invest in technology to benefit both business and retail customers. These continual advances in technology allow customers to do more on their own and have more control over their banking.

First Horizon Bank provides many banking benefits, including a large lending capacity and the latest banking technology. However, what really sets First Horizon apart from other banks is its dedication to its customers. First Horizon is all about people. The staff at each branch live in the communities where they work, and they get to know the people while the people also get to know them. They learn about their customers and work to find the best ways to assist them. The relationships formed between the staff and their customers are what keep each customer coming back and continuing to bank with First Horizon.

The other main difference that First Horizon provides its customers is the breadth of products offered. Its products include more than just traditional bank accounts and lending services. First Horizon offers different types of bank accounts, loans, credit cards, mortgages, digital and mobile banking, financial planning, investing, and trust services. First Horizon goes beyond the traditional banking services to meet all of its clients’ banking and financial needs.

First Horizon in the Community

First Horizon places a major emphasis on giving back to the community. The bank encourages all employees to get involved in local organizations and volunteer wherever they have a heart to do so. Locally, Jefferson County employees and officers currently support and are involved in:

First Horizon Bank has been a member of the Jefferson County Chamber of Commerce since 1983. The bank has seen significant benefit from the support of the Chamber. This is largely due to the Chamber’s efforts to grow the economy and business base in the county, which opens opportunities for the bank to form relationships with more businesses and individuals. In recent years, the bank has had a member on the Chamber’s Board of Directors. Though no longer holding a spot on the Board at the moment, the bank is still engaged through participation in committees. In the past years, it was heavily involved in the economic development committee, and during that time there was significant economic growth in Jefferson County, especially in industrial and tourism growth. First Horizon finds ways to be directly involved in the Chamber’s efforts wherever possible, including but not limited to  the sponsorship of the Jefferson Countian of the Year Award each year.

Become a Member of the Jefferson County Chamber

Over its nearly 40 years of membership, First Horizon Bank has both given and received Chamber support. The bank works together with the Chamber to help achieve their mutual goals of economic and business development in the Jefferson County area. Businesses and individuals who become members of the Jefferson County Chamber of Commerce also receive additional benefits such as access to business resources, educational opportunities, networking events, advertising options, and much more. If you want to help give back to the community and support the growth of business in Jefferson County while also receiving a number of helpful benefits, become a member of the Jefferson County Chamber of Commerce like First Horizon Bank. Find out more about Chamber membership online, or give us a call at 865-397-9642 to get started.