How Much Do You Know about Jefferson County? 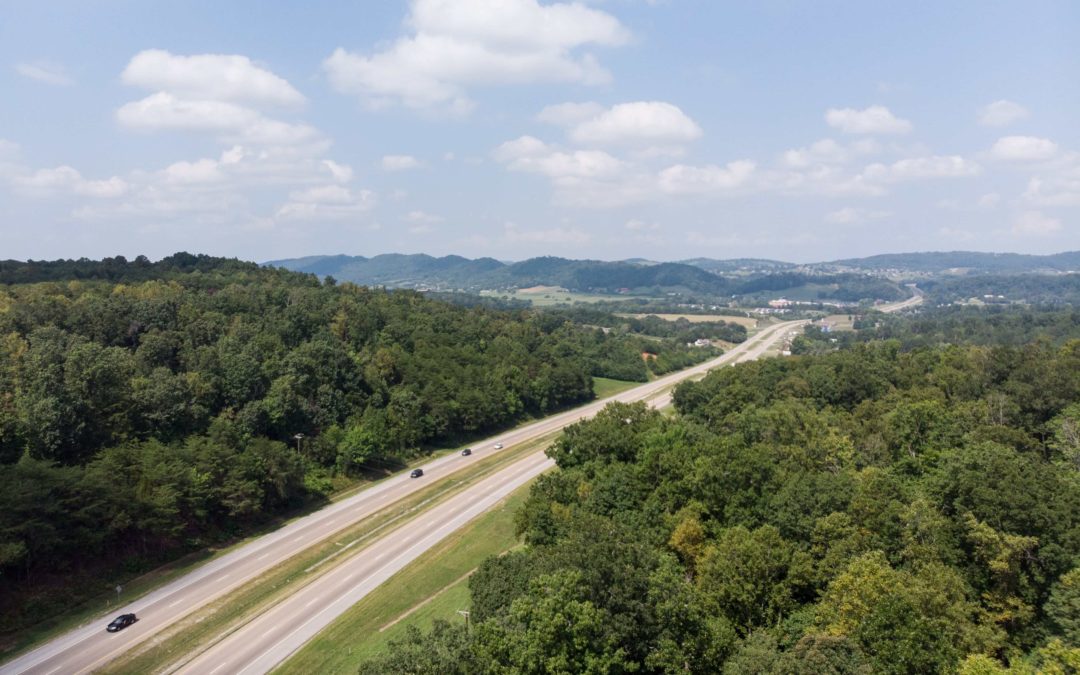 Whether you were born-and-raised in Jefferson County, are part of the broader East Tennessee community or just moved here, there’s something exciting to learn about our great local culture and economy. We’ve rounded up some legendary stories as well as some little-known facts to help bring the stories of our Jefferson County communities and businesses to life. Check your knowledge with our 11-question quiz below!

What is the name of the now-submerged island in Douglas Lake, once a Native American chiefdom?

Zimmerman’s Island, submerged with the creation of Douglas Lake, was once the seat of a substantial Native American chiefdom known as Chiaha. Its location is just southwest of Dandridge. Spanish explorer Hernando de Soto spent several weeks at Chiaha, and Juan Pardo’s team actually built a small fort near it in the late 16th century. The explorers describe the Dallas-phase of Mississippian culture just before it gave way to the Cherokee in the 1700s.

Who saved Dandridge from the Douglas Dam flooding?

Most credit Eleanor Roosevelt, but we say the Dandridge residents saved themselves with their activism. Almost all of downtown Dandridge lies below what would have been Douglas Lake’s proposed high-water mark, according to TVA’s original 1942 plans for damming the French Broad River. Dandridge residents petitioned the then first lady Eleanor Roosevelt, noting that the town was the only location in the United States named for the first first lady, Martha Dandridge Washington. At Eleanor Roosevelt’s urging, TVA modified their plans, constructing a levee, now nicknamed the “Million Dollar Dike,” to protect downtown Dandridge.

What Jefferson County business has been curing headaches and hunger since 1911?

Tinsley-Bible Drug Co., located on Gay Street in Dandridge, has maintained its old-school soda fountain dating back to its very inception in 1911. Back in the late 1800s, soda fountains were a drug-store staple, because the drinks contained various drugs that were flavored and effervesced to make them palatable. Soda fountains became a go-to gathering place during prohibition, and Tinsley-Bible Drug Co. still is today, boasting the best burger and milkshake on Douglas Lake.

Cherokee Lake was created when TVA built the Cherokee Dam on the Holston River, completing construction in December 1941. Douglas Lake was also created by a TVA dam, Douglas Dam, on the French Broad River, which was completed in 1943. So Cherokee Lake is the winner! Both dams provide hydroelectric power and flood control to the region and were built at breakneck speeds of 18 months or less. Though TVA began as a Depression-era project, these two dams were built to help ramp up aluminum processing efforts and to meet energy demands at the height of World War II.

Who are the only two families to have lived in Glenmore Mansion?

The Branners and the Jarnagins, both well-known and substantial contributors to Jefferson County, are the only families to have lived in Glenmore Mansion. The 27-room, five-story house of handmade brick was built in 1869 and is considered one of Tennessee’s most perfect examples of Second Empire style. John Roper Branner, president of the East Tennessee, Virginia and Georgia Railroad built the house and brought the railroad to Jefferson City. Milton Jarnagin purchased the property — then called The Oakes — in 1882. Jarnagin was a banker, businessman and lawyer who was appointed a judge advocate during the Civil War.

What Jefferson City business came to life as the result of a student and community project?

The Creek Downtown. A group of passionate students and community members renovated the Creek Downtown’s location as part of an effort to revitalize downtown Jefferson City in 2011. Members of that original group ran the café until the summer of 2019, when four Carson-Newman alumni purchased the business. It is still locally owned and has expanded its business hours and menu.

Where did Bush’s Baked Beans start?

At a modest little cannery in Chestnut Hill, Tennessee, where their visitor center is still located. Nestled in the foothills of the Great Smoky Mountains, the Bush’s Visitor Center is normally open year-round to tell the history of the company, which dates back to 1908. It has ample footage of the famous mascot Duke as well as a café that, yes, does serve more than beans.

What Jefferson County community can also claim location in two other counties?

What is the historic name of Jefferson City?

The largest town in Jefferson County, Jefferson City was originally named Mossy Creek, and many businesses and organizations still use the name today. The name came from early settlers’ descriptions of the vivid green moss around the creek near the first inhabited areas. Surrounding settlements grew into Frame Addition and Carsonville, which merged with Mossy Creek to create Jefferson City in 1901.

What Jefferson County community has literally risen from fire?

White Pine was founded in 1870 and officially incorporated in 1890. Just 15 years later, a major fire destroyed most of White Pine’s downtown district, leading to its dissolution. In 1915 White Pine incorporated again, and it has held fast ever since.

Where in Jefferson County was the site of one of the worst train wrecks in history?

September 24, 1904, two Southern Railway passenger trains collided at New Market, killing at least 56 people and injuring 106. The accident occurred because of a change in the normal train switching procedure that the local train acknowledged but neglected to follow. Despite several telegrams, and bystanders waving their arms and throwing rocks at the cross-country train, it never received word that another train was on the tracks. They collided at a combined speed of over 100 miles per hour, despite both engineers having applied their emergency brakes.

The Jefferson County Chamber of Commerce provides valuable resources for small businesses to help continue our region’s colorful cultural and economic background long into the future. Our range of members, from utilities to retail shops, offer networking opportunities to help new businesses integrate into the county’s economic fabric.

If you have a business in Jefferson County and learning more business growth strategies is your goal, we’re here to help. Become a member of the Jefferson County Chamber of Commerce today to start taking advantage of all the workshops, networking, and other benefits we have to offer. To find out more about how to join or to learn about how we can be a difference-maker for your small business, contact us online or by calling 865-397-9642.