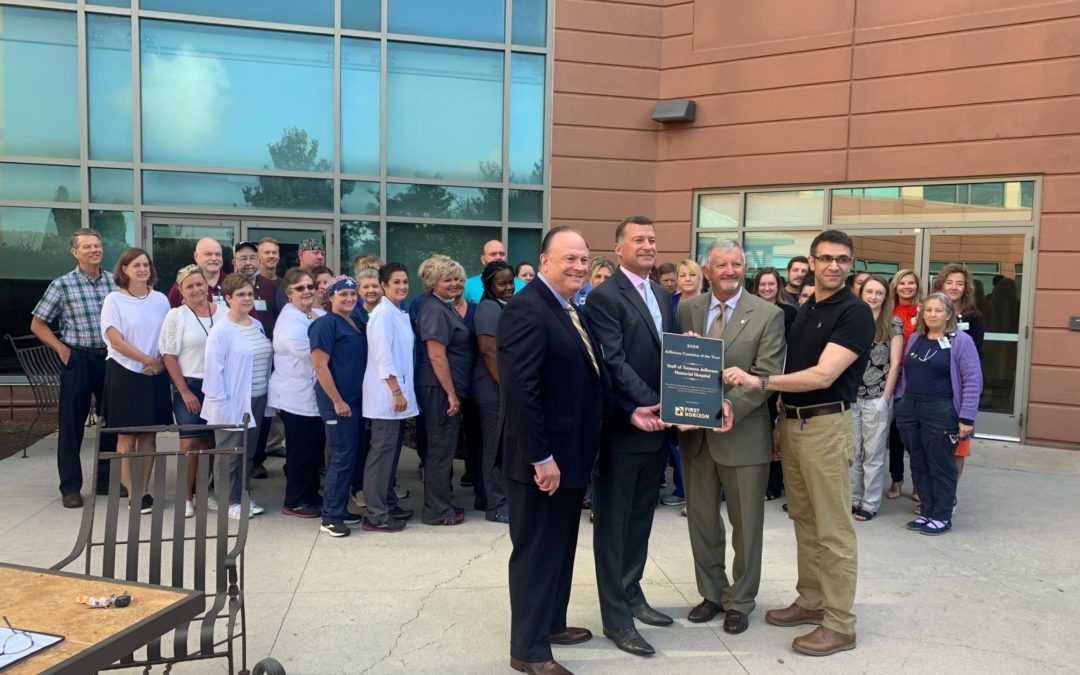 Tennova Jefferson Memorial Hospital opened in 2001 and has since been committed to providing the Jefferson County community with quality patient care, specialty physician training, outpatient surgery services, and state-of-the-art diagnostic testing. Their mission is to “provide compassionate, patient-centered, value-driven healthcare with excellence in quality service and access” which the Jefferson County Chamber of Commerce believes that they have exemplified in the past year.

“We are thrilled to have the opportunity to recognize the staff of the hospital,” said Crystal Bryant, Community Development and Membership Coordinator for the Chamber. “This past year has been difficult for everyone, but they kept strong and continuously supported our community when it was needed most. For that, we’re incredibly grateful.”

“There are no words that can adequately express the appreciation and the heartfelt ‘thank you’ that we as a community have for each and every staff person and volunteer at Tennova Jefferson Memorial Hospital and for taking care of us and our families during the pandemic,” stated Timothy Coley, Market President of First Horizon’s Morristown-Dandridge-Newport-Greeneville-Rogersville locations. “Each of you are everyday heroes and deserve our deepest gratitude.”

The First Horizon Foundation was created by First Horizon Bank in 1993. Since its establishment, the foundation has operated as the First Tennessee Foundation in Tennessee, Texas, and Mississippi and as the Capital Bank Foundation in Florida, North, and South Carolina. Since its unification in 2019, they are now recognized across these six states as the First Horizon Foundation where they continue to serve the South-eastern region with a sense of togetherness. The foundation has contributed $100 million in grants to reinforce the efforts of their non-profit partners’ programs and initiatives. They look forward to their continued investment in what they believe to be “pillars of a strong community.”

The mission of the Jefferson County Chamber of Commerce is to be “the voice of their local members and focus on enhancing the growth and prosperity of the community” that their 300+ business partners serve. Jefferson County Chamber of Commerce was established in the early 1980s to serve the interest of Jefferson County’s businesses in each of the five municipalities within the local area. They provide their business members with networking and educational opportunities that allow them to meet and connect with other business professionals, as well as the communities for whom they provide their goods and services.