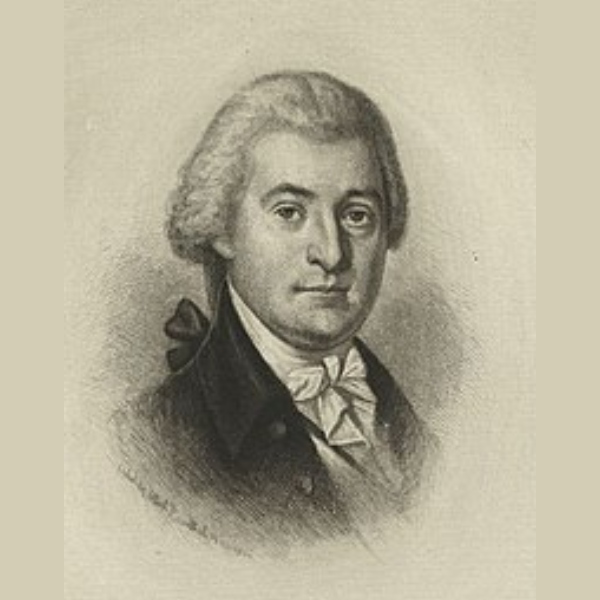 You may know about Blount County and The Blount Mansion , but do you know anything about the man that these Tennessee landmarks are named after? William Blount, our state’s founder, was a shrewd businessman and politician who was hungry for land beyond the rolling hills of the Appalachian Mountains. Today, we will talk about his climb to success and what we have learned from his infamous legacy.

William Blount was born in 1749 near Windsor in Bertie County, North Carolina. He grew up on a large plantation known as Blount Hall, which was becoming a vital part of the growing North Carolina economy. In fact, it was this very plantation that had led Blount’s family to begin to rise in success and influence around the state. This was due to the effective guidance of William Blount’s father, Jacob Blount, who was also a clever businessman like his son.

Jacob Blount’s success grew with each venture that he took on, and by his side were his sons: William Blount and Thomas Blount. The Blount brothers received little formal education outside the occasional tutoring sessions. Their real lessons were spent out on the road with their father learning all the tricks of the trade as well as a variety of skills: raising livestock, growing cotton and tobacco, making turpentine, and even operating their local mill and racing track (which his father owned as well). As he watched and worked, William Blount began to understand the inner-workings of each enterprise, as well as how the products they made contributed to growing his state’s local economy. However, there was one skill that Jacob Blount had passed onto his sons that would become vital in jumpstarting William Blount’s political career: competitive land acquisition.

During the 1700s, whoever had the most land had the most power. They got to do with it whatever they saw fit and they got most, if not all, of the profit. And after a while, once you had enough land, you gained more control over how you wanted your property’s by-products to be traded and with whom. It becomes political, and that was what allowed Blount to rise to a place of legislative power in North Carolina and eventually the United States.

Continental Congress: The Foundations of Tennessee

By the 1780s, Blount’s family had made a large profit off the Revolutionary War after they had aligned their ideals (and their wallets) to the patriot cause. Soon after in 1782, Blount became one of North Carolina’s four delegates to the Continental Congress—an early form of our country’s modern-day legislature.

It was here that Blount would spend the next two years putting his competitive land acquisition skills to their fullest use. During this time, he introduced several bills that would help to develop Tennessee, and furthermore, Jefferson County. One of the more well-known bills that Blount proposed was the Land Grab Act, which opened up the state’s lands west of Appalachia to settlement—this included the area that we know today as Tennessee. Blount also sponsored a bill that helped to establish the city of Nashville, although it would not become our state’s capital until much later after its founding.

Once this territory started being settled by other colonists, it was added to the Southwest Territory in 1790. William Blount was appointed to serve as sole governor of the territory by President George Washington, and in the following year Blount would move down to Knoxville, Tennessee, to build his new home, establishing the new territory’s capital.

Upon his arrival, he appointed a team of local cabinet members who would aid him in preparing Tennessee for statehood. Most of these cabinet members were military officials who had gained, or would gain, popularity from their service in the Revolutionary and Civil Wars. Blount’s next six years as governor would be rocky and full of conflict. Much of the methods Blount used to acquire land in the Southwest Territory meant having to infiltrate or steal land from the surrounding Native American nations who lived off the land—particularly the Chickamauga Cherokee Tribe. Tensions only grew as the  natives and settlers struggled for power; and with no help from the other members of the Continental Congress, Blount grew exasperated by the ongoing, violent conflict. Eventually, he worked with the Chickamauga Tribe Leader to form a truce at the Tellico Blockhouse in 1794.

For the next two years, Blount would devote his attention back to his main goal that he would ultimately reach in 1796— establishing Tennessee’s statehood and becoming the first senator of The Volunteer State. However, this new title came at a steep cost. One that would not only lead to Blount’s success, but also his downfall.

Hoping to boost his family’s fortune and influence even further, Blount had become more aggressive than he had ever been when it came to acquiring large amounts of land. By the mid-1790s, Blount had bought over 2.5 million acres of land in credit. Unable to keep up with the rising debt, he sank further and further into bankruptcy. Eventually, it was rumored that U.S. land would lose a significant amount of value since France was looking to take back American territory occupied by Spain— whom they had just been at war with.

In hopes of discouraging France, Blount sought to form a conspiracy with Great Britain to seize Louisiana from Spain that would, hopefully, bump the value of land back up. Blount entrusted President John Adams with the delivery of his proposal letter to Great Britain; but when Adams was out on a walk away from his office, Vice President Thomas Jefferson had found the letter and read it. When he confronted Adams about it, the president asked to speak about it the following day and attempted to flee that afternoon along with William Blount. They were not successful.

Blount became the first federal officer to face impeachment and was expelled from the senate for his actions in 1799. During the trial, George Washington, who appointed Blount to govern the Southwest Territory all those years ago, now said that he hoped Blount would be “held in detestation by all good men.” An infuriated Abigail Adams also called Blount’s conspiracy a “diabolical plot” and bemoaned the fact that there was no guillotine in Philadelphia. However, while Blount had clearly fallen out of favor in the U.S. Capitol, he remained popular in Tennessee and still found a great deal of support from the cabinet that he had appointed in the early 1790s. Blount died in 1800 and is buried with his wife at the First Presbyterian Church in Knoxville, Tennessee.

What Jefferson County has Learned from Blount’s Legacy

At the Jefferson County Chamber of Commerce, we continue to recognize and celebrate the fact that business and enterprise runs in our Tennessee blood and is a large part of our state’s history. However, we would like to believe we have also come a long way from the belief that “the man with the most land has the most power.” Here at the Jefferson County Chamber of Commerce, we provide a different type of power to our members—a piece of mind and valuable resources for small businesses.

National affiliation groups are rigid and impersonal, so why not work with a local group that understands the East Tennessee economy and the value of your small business? Not to mention, we also offer a wide range of partners in Jefferson County; so, when you become a chamber member you’ll have access to many networking and collaboration opportunities in our area. You’ll be able to directly see the results and benefits of being a member of the Jefferson County Chamber of Commerce. If you want to learn more about how you can become a partner, visit our website today or call us at 865-397-9642.